You are here: Home / Food and Drink / Spanish Wine Information 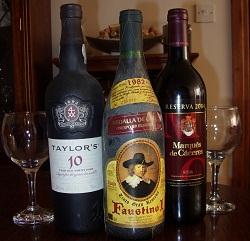 You may want a little Spanish wine information before you venture out on your taste testing adventures.

Wine drinking in Spain is a popular past time and in recent years the country has begun to turn around its bad reputation with regards to foul tasting wines. This can, in part, be attributed to some French influences in the manufacturing process and better use of the available grape varieties.

Spain is a large country with plenty of space for vineyards, but the dry climate means those vineyards have a low yield. Even so, grapes are Spains third biggest crop with red wine being the most popular.

As with any wine producing country, each area has its own particular variety and reputation. Dont let these reputations deter you though; you may end up being pleasantly surprised by what is produced by the lesser known regions.

While not well known for sweet Spanish wine, southern Spain does produce a number of Sherries in Dry, Medium and sweet. Sherry is similar to wine, but the processes used to produce the flavour different characteristics. 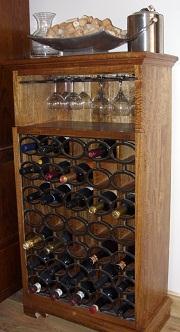 No amount of Spanish wine information can compare to the experience gained by a few sample tasters. One third of all Spanish wine is exported to countries like the UK and the US, so you shouldnt have much trouble finding a selection of the best offerings at your local wine specialist.

One of the key regions to look out for when purchasing wine is Rioja, known for its full bodied red wines and is the leading wine producing region in Spain.

I would also recommend trying out some of the Sherry varieties coming out of the Jerez region in Andalucia. Jerez is often referred to as the home of Sherry, which the producers in the area are very proud of.

As I mentioned earlier, dont be scared to try out the wines from other regions as well. Many of the wines that come out of Spain are often very affordable in comparison to other wines on offer.

Just so you dont get too confused with the Spanish bottle labels, we will help you with some of the terminology.

You may encounter some variations of the terminology, but those are the general categories you should encounter.

Good luck with your endeavours and remember, dont let one bad wine spoil the hunt for the next vintage wine!

Return from Spanish Wine Information to our Andalucia homepage

Conejo al Ajillo – Learn how to make this great dish ….

Which are the ocean village gibraltar restaurants?

Why Spanish Food is so Popular…
[mc4wp-form]

Where is the best place to go for Gibraltar bars and restaurants? by … END_OF_DOCUMENT_TOKEN_TO_BE_REPLACED